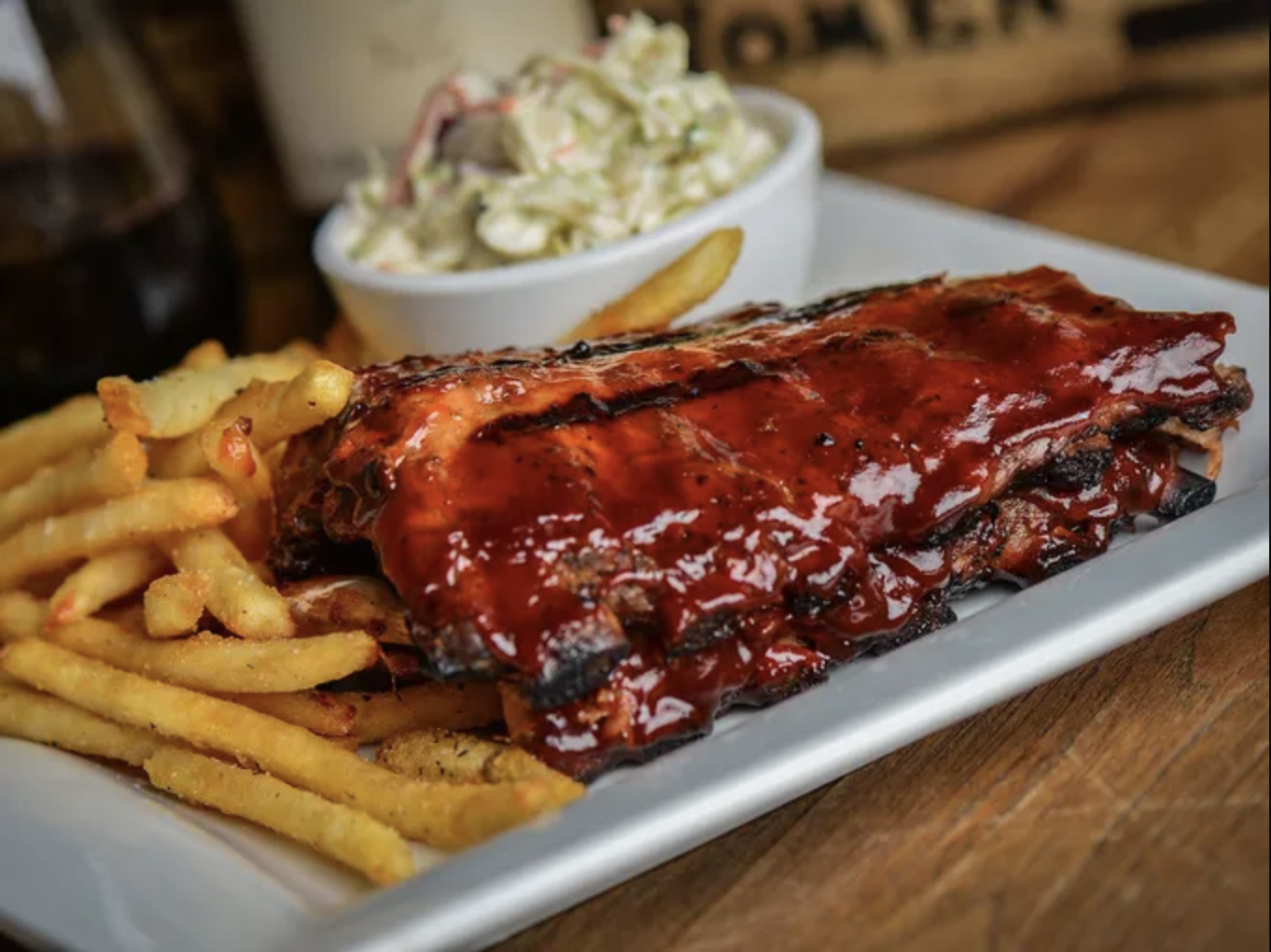 February 5, 2019 By cbcb-internal No comments yet

The upscale shopping center at Scottsdale and Doubletree Ranch roads is about to welcome Famous 48, a short-lived Old Town hot spot from Square One Concepts. The local restaurant group originally opened Famous 48 in late 2017 on Scottsdale Road near Third Avenue. But by summer 2018, the restaurant had closed.

Part of the problem was that Famous 48 was flanked by two sister restaurants in Old Town: Bourbon & Bones and Cold Beers & Cheeseburgers. Square One Concepts felt that was preventing Famous 48 from thriving as a sports bar with elevated comfort food.

“Famous 48 was supposed to be a hybrid of the two. But it was a challenge because we would conflict with what is next door. We were hamstrung,” said S. Barrett Rinzler, president and CEO of Square One.

“Now, we don’t have that restriction and we’re in a bigger facility to do more with it.”

Opening in February, the new location at The Shops Gainey Village is considerably larger at 4,500 square feet. Downside Risk Restaurant & Bar was among previous tenants.

As a bonus, Square One used the Old Town space of Famous 48 — formerly the company’s Crab & Mermaid seafood restaurant — to expand Cold Beers, a wildly popular concept with locations Valley-wide.

The Famous 48 menu will see a few changes, but 75 percent of the lineup will remain, including the barbecue baby back ribs, Southwest egg rolls, miso-glazed salmon and waffle mac and cheese.

Planned additions include dishes from other Square One restaurants, such as Cold Beers’ burgers and a Bourbon & Bones’ signature steak. Most entree items will be priced in the $15 to $30 range.

The new space came with a smoker, so expect to see brisket and pulled pork on the menu.

Nearly everything was gutted and remodeled to make room for new furniture, a new bar that is twice as large, 36 flat-screen televisions, and an open-air patio with two fireplaces, lounge seating and games. A glass wine room is the only major feature that remains.

“This really has become a destination for dining,” Rinzler said of Famous 48. “We wanted to put more of an entertainment spin on it as well.”

The restaurant will serve lunch and dinner daily, along with handcrafted cocktails, wine, and craft beer.